I started a cowl the other day based on this scarf pattern.  I wanted something with texture because it's grey but also to showcase the yarn. 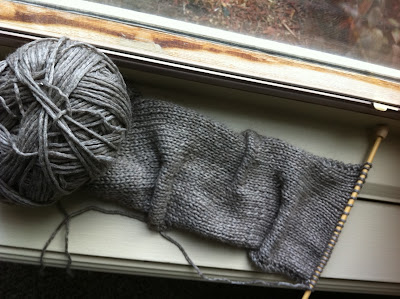 I changed it up just a little, preferring to use a provisional cast-on so I can graft the ends together to form one long loop.  I find that cowls keep my neck cosier and I don't have to worry about the migrating off my body while flailing and gesticulating wildly (which I am wont to do, on occasion.  Or daily. Depends on the day, really.)  The pucker stitch looks much more complicated than it is. 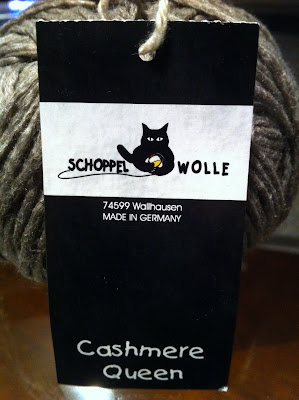 I used a merino-cashmere blend with which I fell madly in love and knew I had to stash until I found the right project but could only afford two balls.  But oh my my my, it has such a nice touch to it!! Knits beautifully, too, of course.  I'd have loved to stash enough for a sweater but until I win the lottery, marry rich, or invent the greatest thing since the iPhone, I'm outta luck.  At least a cowl lets me snuggle up to it simply by shrugging my shoulders.  :-)  Sigh. 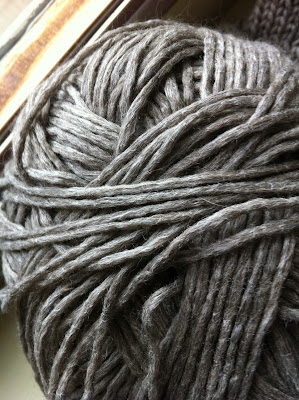 I've kitchenered the ends already but it still needs to be blocked and modelled for the camera...  Waiting on the light now.

The Good Night & The Great Game:  If you don't care about sports, you can quit reading this post now. I won't be offended in the least.

I've had two teams since childhood.  The Toronto Maple Leafs and the Boston Bruins.  Never have I seen either of them lift The Cup.  Until tonight.  So, that's what it feels like!!  And yes, I cried a bit.

Dear Bruins,
Thank you.  You played hockey like champions, with hearts on your sleeves and hard work strewn in every corner.
Thomas, you were beyond amazing.  Unbelievable.  Conn Smythe is well-earned.  And you are one classy fellow.  I'd say, don't let it change you, but I know it won't. Also, that beard is incredible.  And you laying Sedin flat on his ass was one of the greatest things I saw all year.  I owe you a very large beer.
Bergeron, I may name a child Patrice. (I'm serious.) Also, if you could tell Johnny Boychuk that I'm available, it would greatly improve the chances of that happening. (Kinda serious.  :-)
Marchand, you're just getting started.  And your heart is bigger than you are.  It may be bigger than Chara is.
Recchi, you are faster at 43 than I was at 21, or ever, for that matter - one hell of a career - you will be missed!
Campbell, it's a shame you will never get the recognition you deserve as a solid player because your dad was in charge of the Wheel of Justice. May the Days of Shannahan bring you the accolades.
Boychuk, you are one good-looking man, in addition to being awesome on the ice.  You may have bumped Jumbo Joe from the #1 spot on my Hockey Crush list.
Chara, Lucic, McQuaid, Krejci, Seguin, Paille, Horton, Peverley, Thornton, Ference, Seidenberg, Ryder, Kaberle, Kelly, and all the others... I adore you.  That disappointment with Edmonton way back and that one with Philly last year - both are forgotten.
My continued love forever,
Carly

Dear Vancouver rioters,
Not cool.  You made the city look bad, Canucks fans (real ones, you know, the kind that take losses like Canadians - with sportsmanship) look bad, and Canada look bad, and acted like complete idiots.  This is not how we do things.  Period.
I repeat, not cool.

Dear Bettman,
I only wish I could have been there to boo you in person. I'm not generally in favour of booing, especially when it comes to anthems and players, but you're special that way.

Dear Brian Burke,
Please pretend you're Santa and sign Brad Richards. Thanks for keeping Reimer around.  I already have the t-shirt.  It's flocked.