Well, I've been busy, among other things.... but to write it all down would probably bore the lot of you half to internet death so I'll give you the Coles Notes (American version: Cliff Notes).

A) Olympics.  Great fun, glued to the set and thankful that the coverage was so good I didn't have to watch a single event on NBC... Marvelled at the irony of watching such elite athleticism while wearing an increasingly deeper butt groove in the sofa and scarfing nachos.
B) Attended a wedding. Had a birthday.
C) Got a job I don't really care for. Not field related. Kinda menial.
D) Kept up my "try new recipes" resolution.
E) Got the flu.
F) Suffering the heartache of a 3rd NHL lockout.  It's very depressing. Not surprisingly, I side with the players.  I'm starting to develop a facial tick from the withdrawal. My regular ranting and raving is spilling out into all sorts of strange subjects.
G) Joined the local quilting guild and have yet to make it to a meeting.  I had it on my calendar for last night but got a call yesterday for an interview today so I sacrificed the meeting in favour of prepping my portfolio, etc.
H) Got a new job. :-)  A real one. In my field and everything. Happy girl.

Phew! Anyhoo, I'll have more time this week to catch up on two months worth of blog reading.  I've missed ya, folks... 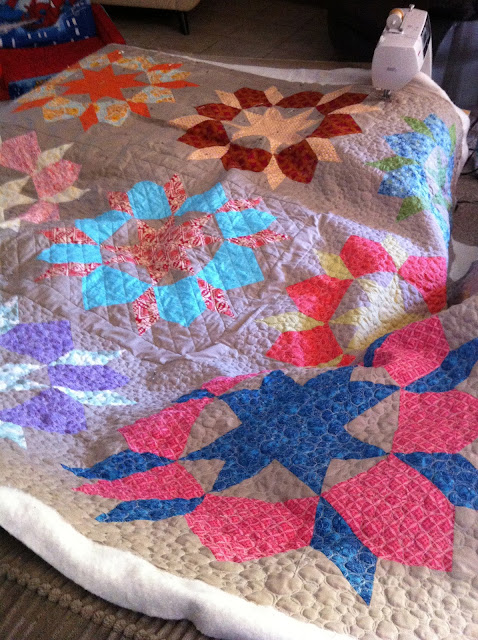 I did find time in there to finish up the Swoon quilt I was working on. Of course, by the time I realized it was taking me forever to do the pebble quilting, I was already in too far to back out.  Four solid evenings but I'm really happy with how it turned out. I did a diagonal grid over the centre block to really emphasize the square idea.
The background looks a little grey but it's Kona Stone, so it's much warmer and brown than the photo shows. A stick-tap to Seester and Dad for quilt-holding.
It should be pointed out that I wasn't paying them to quilt-hold and it was very close to supper time...

I really took my time with this quilt and as such, my points were the most accurate they have ever been which thrills me to no end....!


I had gotten into the habit of sewing an extra seam on the flying geese blocks so that after I trimmed them, I already had the trimmings made into HSTs. 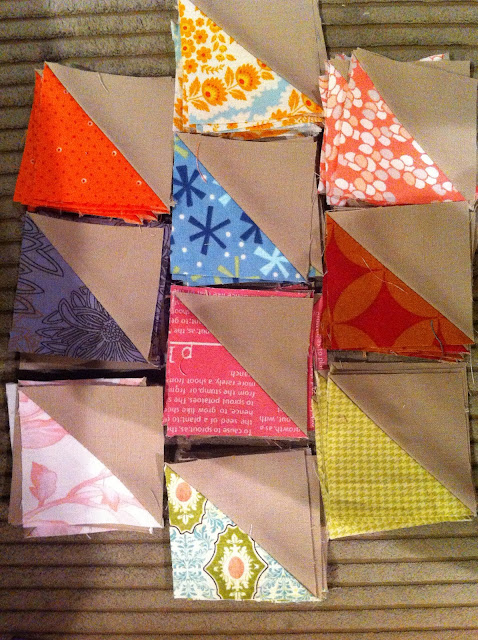 I knew I wanted to use them in the back and with the two leftover blocks but I had no idea how.  So I started playing around with the graph paper. 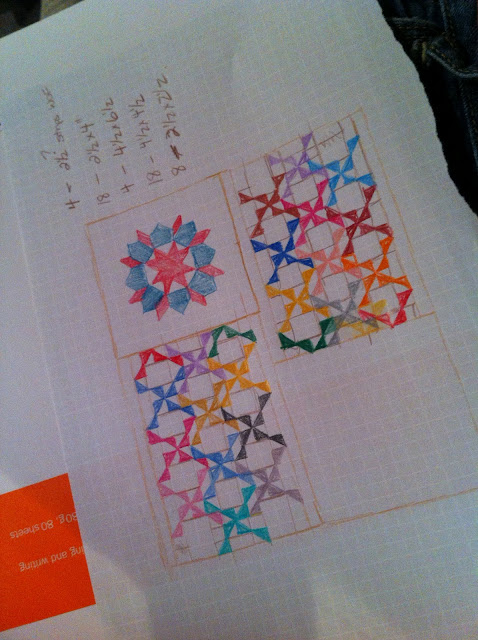 I ended up with interlocking pinwheels.  The chart became a little map for me and helped me figure out how many plain squares and rectangles I had to cut for the background. 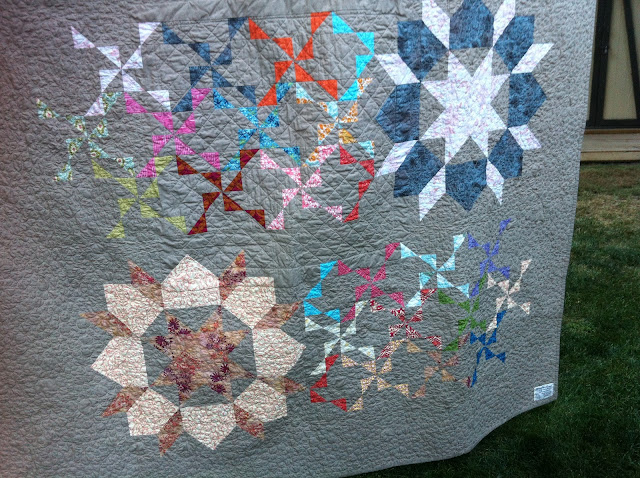 It's all ready to go for the silent auction at the Advent dinner in a couple of months.  I've been asked to provide a minimum bid value for the quilt, though, and I'm stuck.  I don't want to underprice it but I also don't want it to go without bids either.  I was thinking $250 since that's the approximate value of materials, etc., including the 3km of thread. Lol.  What do you folks think?  I'm a little lost...

Regardless, I'm proud of it. 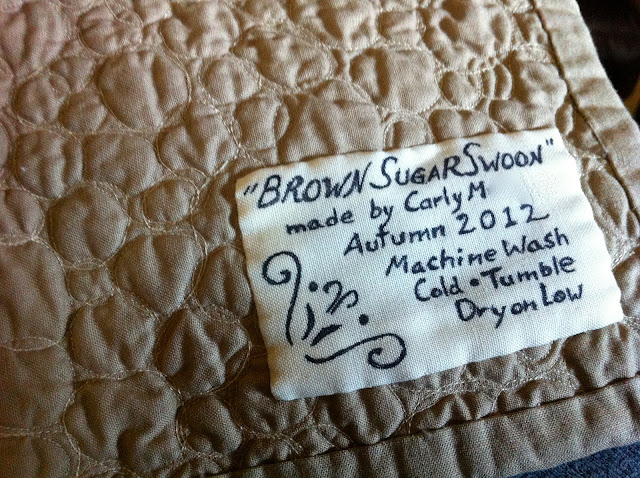 On to Seester's quilt!
Posted by CitricSugar at 8:10 PM 17 comments:

Back! And Forth...; Tying Bows with Forks

Holy moly, I was on hiatus for a while there....  I am back and will be returning to my (ir)regular posting routine of once or twice a week.

I will have a bigger catch-up post tomorrow but...

TODAY is special.  I am featured at Mireio Designs today.  Excited?  Heck, yeah!

If you haven't come across Wende around the blog block yet, you've been missing out.  She's truly one of my favourite people in this world and a dear friend.  She writes with a refreshing sincerity and takes really lovely photos (often of really lovely stuff that she has in her really lovely shop!) In short, she inspires me.

When she asked me to contribute to a new thing she was starting, Teach Me Something, I immediately said yes.  And then I immediately started to panic.  Teach what???  And then I remembered that I had a little known skill that could be used to save hundreds, nay, thousands...! (...of seconds on wrapping gifts or decorating various items...) 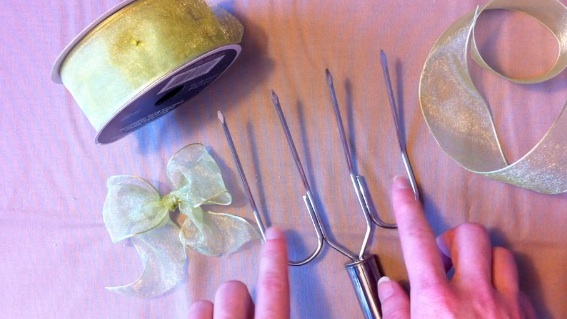 Basically, I can tie a bow using a turkey lifter fork.  And you can, too!  Just pop on over to Mireio and watch the video tutorial. So, go! Go forth!

Bonus Diet Coke Drinking Game:  Take one sip for every time I inexplicably pause or um in the video.   Take a big gulp of Diet Coke if I try to same two words at the same time and have them come out as a third, possibly related word.
Posted by CitricSugar at 1:34 PM 7 comments: