Technical Tantrums and Other Fun Ways to Spend Your Week

The following section contains an explanation for my week+ absence based on a petty first-world problem.  Feel free to skip down to craftiness after the asterisks.

I am a little naive at times.  When my RSS reader (Reeder) told me that it would continue to work after the demise of Google Reader, I believed it. I didn't confirm that it would indeed work closer to the planned date.  Nope.  Imagine my surprise and dismay on July 2nd when it didn't. Blerg! Apparently, they're working on it but it wasn't going to be ready in time. ( I find it important to add here that I am not a total Luddite; I have embraced new technology faster than the average bear, but I'm rarely a first-adopter and I am cautious regarding change.  I still don't like the new Flickr....)

I went looking for a replacement, hopefully temporary, as I love Reeder - I had it all set up the way I like, I was happy with the interface, and it synced across all my devices.  I wasn't crazy about Bloglovin' but the Feedly app wouldn't let me login on my phone.

So then I spent a day and a half importing all my carefully curated feeds manually into Bloglovin'. I was then too tired and annoyed to read any of them for a few days.  And when I sat down to delve in, I hated it. I would even say I loathed it. It changed my settings randomly, wouldn't adapt to needs and ways of doing things, and it wouldn't import some of my feeds for seemingly arbitrary reasons.  I threw my hands up, closed the computer, and stewed.  I tried the mobile app.  Hated it, too.  Had that existential blogger moment where I questioned why I even bother to blog or read blogs, and in the grand scheme of things, what does it all mean???  I moped, offline, for a few more days.

Then, missing the interaction and inspiration (and my damn hockey news!), and blindly hoping that they'd already found a solution to Reeder, I returned to the desktop. Alas, no. But I spend another day manually importing my precious feeds, (and adding several more that I don't really have time for...)  into Feedly.  While it's not Reeder, it is more adaptable to what I'm looking for and how I use RSS.  I could breathe. It'll do.  Faced with an overwhelming total of posts in the 4-digits, I spend another afternoon going through each feed to clear out posts prior to when I'd checked out of the interwebs last week.  That brought it back to a manageable level. That's where I left it last.  Manageable.  Though I still worried about how to read on the go, which is how I do most of my non-comment/lurker reading.

Imagine my delight when the phone app for Reeder has been updated to work with Feedly. And all is right  moderately okay again in my blogging universe, though I still have some catching up to do. Phew.  Sometimes, technology is not worth the paper it's printed on....

During my impromptu blogging hiatus, I threw myself into sewing. 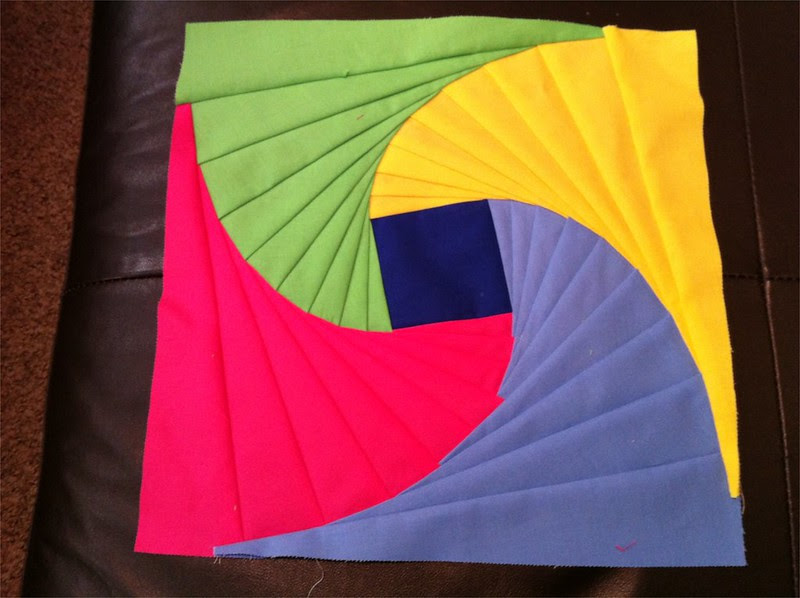 A July bee block for SimplySolids is done. It was very fun to do, though she'd warned us to be conservative with the fabric.  I didn't want to end up short so I made a little template for each row, save the last one, and used it to cut a triangle from each fabric ahead of time, and religiously trimmed each seam so that it would be easier to line up the pieces.  One pink triangle got a little cheeky but I didn't notice it until I'd already packed up the block for sending. I can see it in the photo but I'm hoping it's not a disappointment to my bee mate... 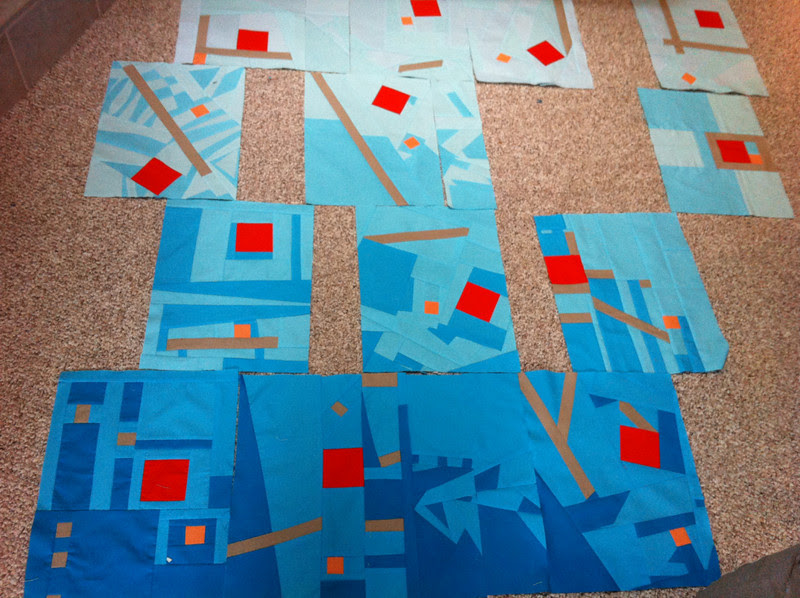 On my own bee quilt, I have almost all of the blocks (just two to come in) and I've started working on the sashing and border strips.  The sashing strips are 4.5x16.5" and are made from the scraps left over from the blocks. It's much farther along than this photo but I still have the top and bottom "border" strips to do. I've even made the binding!  I'm really enjoying this whole process.

I also finished up the charity quilt made by our guild but I'll save that for another post! 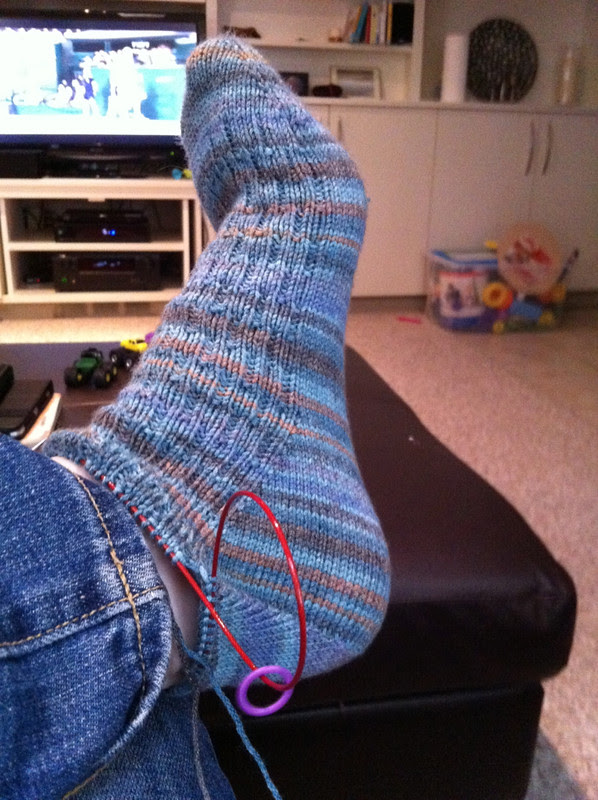 There were rumours this week of looking for a summer job but visiting family and a nasty chest cold that's left me worse than sotto voce (in fact, zero voce!) has quelled that idea.  I'm spending a lot of time watching movies, knitting socks, and glaring at people who ask me questions they know I am unable to vocalize an answer for and then make fun of my hoarseness. (That's right, Dad - I'm writing at you! Now, quit giggling.  It was funny when Seester was the voiceless one, sure, but you've gone too far... "What? What was that? Heeheehee."  Too far, sir.  :-P )
Posted by CitricSugar at 2:33 PM 19 comments: