Opportunity to Help: Slabs for Calgary

I'm headed south for the day - spending time with family.  Some of whom are moving to Calgary.

If you live in Canada, you'll no doubt have seen the devastation in Alberta on the news. (Or in person - our prayers are with you!)

It's a fantastic way to use up some pesky scraps and do some good will sewing.

To learn more, (especially if you're in Saskatoon):  Check out our post on Saskatoon Modern Quilt Guild

Have a safe (and dry!!) Canada Day long weekend!

Posted by CitricSugar at 7:16 AM 6 comments:

Okay, so two months ago, our guild issued a "make it modern" challenge: Take a traditional block and put a modern spin on it.

Due date was this past Sunday.  As of Friday at midnight, I had bupkis. Blargh!!! (I almost sent a strongly worded email to the demon-seed whose cockamamie idea this was before I remembered it was me and Jaclyn. Oops!)  I had been tossed around the idea of a snail's trail, only curved, and no amount of sketching or logic could make that happen for me.  But I do love me a log cabin so Saturday morning, I started to play.

So I cut out some rounded squares using the Quick Curve ruler, and then went to town, log cabin style, demolishing some leftover charm squares.  I tried for a little while (okay, just twice) to do evenly measured, precise curves but ultimately just improv'd them using the ruler as a guide, not centring or measuring.  It was more fun that way.

And then I had pods.  Oooo-oooh!  What to do with those?  Join them together or isolate them?**

One lightning fast trip to the quilt shop for a yard of shot cotton later (seriously, I didn't even put on makeup...), and I was back to the machine, trimming out the blocks.

Hmmm. Nope, not done yet. Not modern enough.

Back, baste, echo, bind.  One finished wall-hanging. Finished in time for the challenge deadline.

I love it when a not-a-plan comes together!  I had a "yeah, I'm awesome" moment before I scorched a piece of fabric and remembered I'm human. :-)  I'm really happy with how it turned out - totally surprised myself and may be permanently over my fear of curves.  Also, starch is the bomb.

So, if you get lost on your way to a project, change where it is you want to go. :-)


**The name of the piece occurred to me at this moment which also made me isolate them instead of joining. I heard my nerd voice say, "Open the pod bay doors, HAL." Of course, Dave... Hey, I've never claimed to be normal. :-)
Posted by CitricSugar at 4:45 PM 26 comments:

Sometimes, when an idea falls flat, it leads you to a better one. 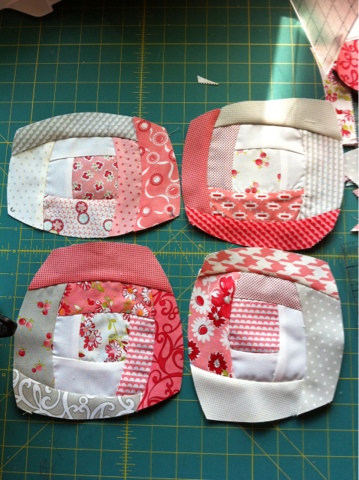 I told you I had a surprise. 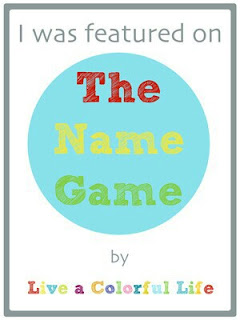 Today, I was lucky enough to be asked by my lovely friend Cindy at LiveAColorfulLife to play her famous Name Game!  I'm thrilled - I've been introduced to so many wonderful bloggers by following The Name Game and reading Cindy's blog.

So, if you've ever wanted to know why I go by the name "CitricSugar", be sure to swing by Cindy's blog today. :-)

Thanks for asking me to play, Cindy!
Posted by CitricSugar at 5:00 AM 10 comments:

So the last ten days have been a whirlwind.   Family events, lots of teaching, internet issues -  I won't bore you further but it seems that too often I end up with ten days worth of blog-reading to catch up on.

After starting, piecing and basting it in January, I finally finished this quilt last Saturday and relished the hand-binding time... And then it took me forever to find two people willing for even the briefest moment to hold it for pictures. I had to take them very quickly!!

I don't often do patterns anymore but I really liked this one when it first came out. It languished for a year or so, untouched.  And then there was a Groove-along last summer but budget and time kept me from joining up.  Plus, I just wasn't sure what I wanted to do with it.

I ended up coming across a picture of rocks - a whitish-grey with rusty orange stripes through it - and the gears started turning.  The pattern looked like sedimentary and metamorphic rocks, layered and folded over time.  (At least to my mind anyway - I'm far from a geologist.)  I picked a bunch of neutrals and added my favourite - orange - to be kinda oxide-ish.

Wanting the quilting to be different for each colour, I scribbled a bunch of free-motion designs that had an abstract stone feel to them.  The grey has a pebbly, gravel texture to it.  The orange is more crystal-like and reminds me of quartz or potash.  The white is layered loops.  The brown I tried to make a little like shale - layered and broken.  And the natural I tried to make look like my inspiration - a solid coloured rock with bands of wavy colour running through it. I matched the thread to the fabrics but not to the sections.  Variegated brown on the orange, natural on the white, etc.

The back is composed of all the scraps and leftovers, plus a yard of teal to cover the shortfall.

I didn't get a close-up but I did a semi-crazy thing and matched the binding to the top all the way around.

Sometimes, the binding on a quilt looks like a mini-border and breaks the visual of it.  Since I already knew how wide the sections were because of the pattern, I had the binding pieced before I even finished the quilt top.  The corners were tricky - as was accounting for quilting shrinkage - but I'm really please with how it turned out.


Last weekend, I started playing around with some scraps.  I have had the sparks of an idea trying to catch fire in my mind forever. I'm only moderately sure about where it's going but I'm having fun.

I've also finally started quilting (well, technically, I started quilting it months ago but I only did a small section and then it sat again. For months.)  a quilt I started in January. It's been basted and sitting there, waiting for me to just get on with it.  Truth is, I've been hesitant and wanting to do a solid job, since it's made of solids so every stitch shows, and because I was really happy with how the top turned out and I didn't want to ruin it.  I even languished through a "false start" where I hated the quilting and tore it out. Yesterday, I felt the tug on my quilting sleeve - time to get at it.

Coming along nicely, I think.