I enter giveaways on the blogs of people I read, even those for whom I rarely leave comments, but only for things I would like to win and could use.  For example, I've seen some absolutely beautiful quilts in giveaways but as much as I appreciate the artistry, if I think it'll simply languish in a closet somewhere, then it belongs in better hands than mine and so I don't enter those ones.  I'd hate to waste the day I'm lucky with an item that would be special and treasured by someone else. It's just how I roll.

And THEN there are the things I DO want to win.  Like thread! 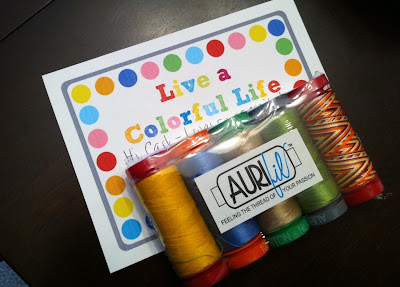 This delightful sample pack arrived in the mail today from my friend Cindy at Live a Colorful Life.  The Random Number Generator chose me and there was much rejoicing.  Thanks for the giveaway, Cindy! I'm thrilled to pieces (which I can now sew together with very pretty thread...)!

Now if anyone can find the giveaway where I can win the spare time to actually play around with my new thread, please let me know.  :-)
Posted by CitricSugar at 7:59 PM 4 comments:

I managed to find a few minutes in the last week to make the first pot of Potato, Ham and Cheese Soup for the season. 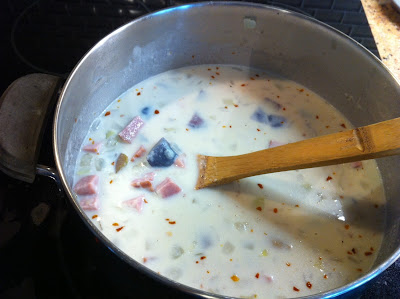 Using a Vermont-style ham gives a maple sweetness that balances out the chill flakes. 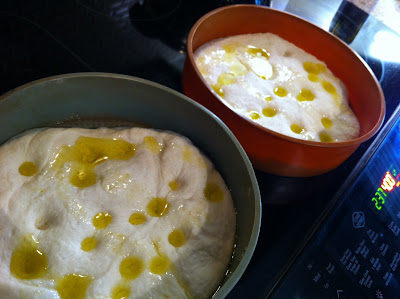 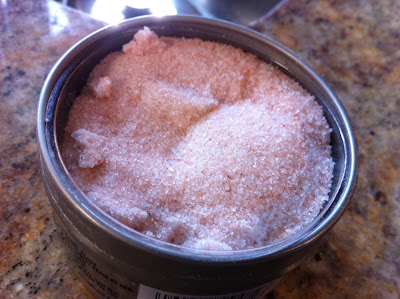 It also means I have an excuse to use the pretty pink Himalayan finishing salt I received as a gift. 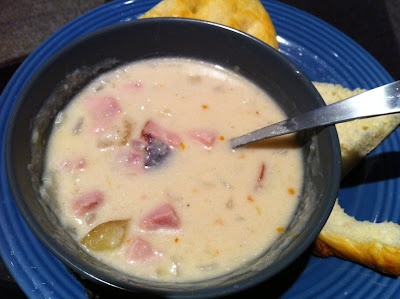 Pot of soup to myself means lots of yummy leftovers.
And not having to share strawberries for dessert! 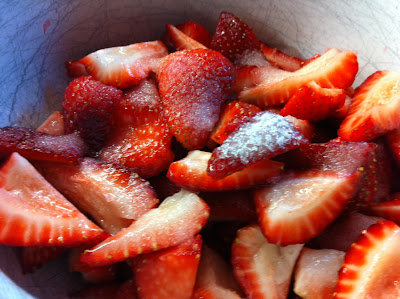 Recipe found in a piece of junk mail years ago...  It is not kosher, halal or vegetarian (my apologies to those with dietary restrictions!)
3 medium potatoes, cut into 1/2" cubes (or a hand-full of new potatoes with the skin on (prettier)
2 cups of water
3Tbsp butter
1 med onion, chopped
3Tbsp flour
Freshly ground black pepper, to taste
Chili flakes, to taste
1tsp sugar
3cups milk (not skim, it's better the higher fat content you go, but 1% will work if it's what you've got on-hand)
1 cup cooked ham, cubed (Vermont-style is nice but use your favourite, or bacon)
1 cup shredded old cheddar (spring for the best cheese you can, I use 2-year old white cheddar)
Boil potatoes in 2 cups water in a medium pot for 10-15min or until fork tender.  Drain, reserving 1 cup of potato water.  (Add water if you are short). Add potato water to sugar and milk.  Set potatoes and milk mixture aside.
Melt butter over medium heat.  Saute onions until translucent but not brown, about 5 min.  Sprinkle flour, pepper, and chili flakes over onions and stir constantly, until flour is browned and onions are thoroughly coated, 3-5 min. You may want to lower the heat to med-low for this step.
Gradually and gently add potatoes and stir until coated with flour mixture.  Slowly add milk mixture, small amounts at first, stirring well with each addition.  Add ham and cheese. Bring to a low simmer.
Reduce heat and simmer for about 30 min.  Serves 4, or more if you get a little crazy with the potatoes and ham.  I always seem to add more...  It's yummier that way.
Posted by CitricSugar at 3:39 PM 6 comments: 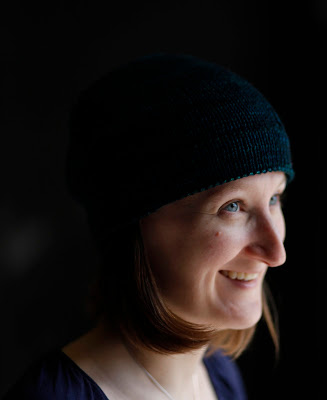 The Zumthor hat is finished.

Hats are hard to photograph with an iPhone.  Tricky coloured greeny-blues are tricky to photograph period.  So you ask a friend, a very talented friend, to take a shot so that you aren't making yet another weird bathroom mirror funny face snap.

This is the actual colour.  Yay for talented friends!

...the trouble with having a talented friend take the photos is.... 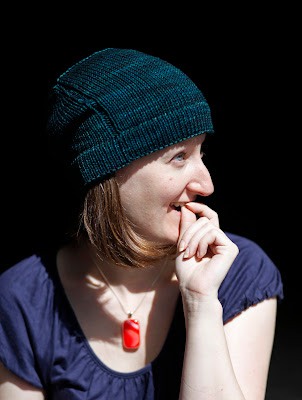 ...it's going to be tricky to top these with my iPhone.
You can find my talented friend, Christy, here at Foxtail Studio.
Posted by CitricSugar at 12:04 AM 4 comments:

There have been three very sad deaths in the hockey community in the last four months.  Two of them were guys from Saskatoon.  One of them, I'd actually met.

The death of Wade Belak hits pretty close to home.  Within a block, in fact.  I can't tell you what I was dressed as for Halloween in 1991, but I can tell you who opened the door we knocked on at the seventh house.  Hushed and excited whispers as we walked away.

I watched him play I don't know how many games with the Saskatoon Blades, our hometown junior hockey team. He was a solid player, and only retired from the NHL this March, after playing with a number of teams, the Maple Leafs being one of them.  My father told stories about going with him to the children's ward at one of the hospitals in town and seeing Wade get mauled by kid after kid, a human jungle gym, staying for hours until the nurses finally sent him home...  We were talking about him just this past Sunday before dinner, about how we might actually have to watch Battle of the Blades (Dancing with the Stars on-ice for ex-hockey players) this year because he was going to be competing.  There's no doubt in my mind that he'd have won.  He was a favourite in town and a favourite in the hockey world.  And I have never heard anyone say a negative word about him whenever his name came up.

I was driving home yesterday afternoon when I heard the news.  It's all kinds of horrible. Today, everywhere I went, the air was filled with "Did you hear...?" and "What?!? No... That's so sad..." and people telling stories about him. My heart goes out to his family, along with prayers - if my heart broke, I can't imagine how devastating it is for those who were close to him.  I wish them healing and hope they find solace.  I hope they know he will be missed by many.

Rest in Peace, Wade.
Posted by CitricSugar at 8:54 PM No comments: