Hope you had a happy!

Holiday, Christmas, Hanukkah, Kwanzaa, Festivus, New Year!  (and any other celebrations I missed.)

I unintentionally disappeared for  a bit.  I had intended to post the last of the gifts I'd made on Christmas Eve and then fell asleep between supper and church.  I won't lie; I slept through church.  It wasn't even at midnight.  It was 7:30.  Since then, I haven't been online. At ALL.  It's been nice but I'm feeling out of the loop.  The only news I've seen is sports-related.  It's been hockey, hockey, hockey...

ANYHOO...  This is the Borrowed Creativity Collection of gifts from this year.
I made this quilt for my mother for Christmas.  It's Allison Harris' Seville pattern.  I even bought the fat quarter bundle to make it. 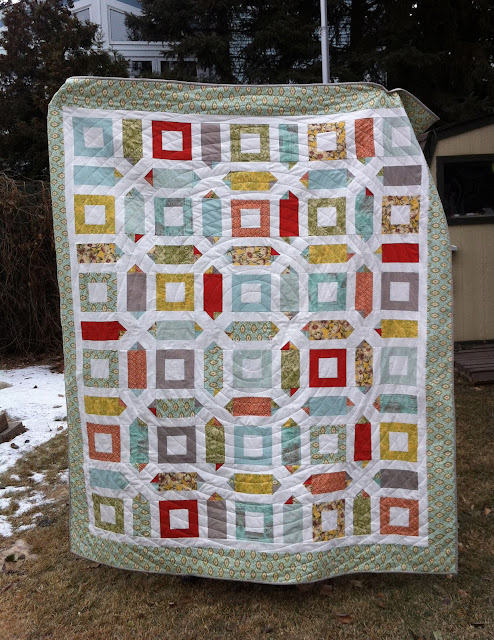 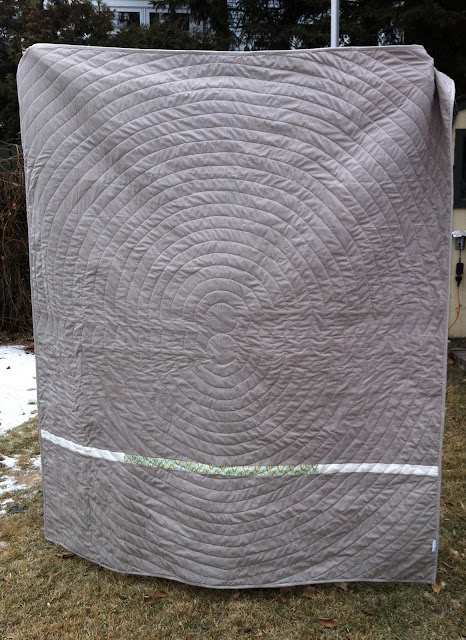 Completely unoriginal on my part but I liked it so much I didn't want to change a thing.  I named it Figaro.  (Fee-ga-ro, Fee-ga-ro! You know, the Barber of Seville?  Anyone? No?)

Also, a Honey Cowl, knit in a Manos del Uruguay mulberry silk.  Also for my mother. 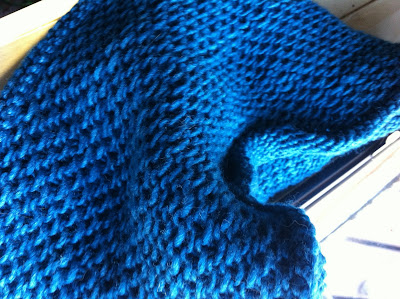 Seester got a shower cap (tute here), and a number of makeup bags using laminated cotton, which is much  easier to sew with that the interwebs would have be believe.  I used fantastic patterns and tutorials for all of them. 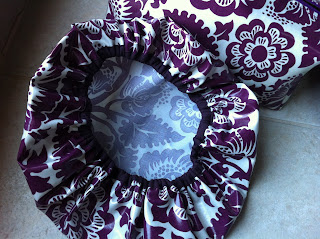 Boxbags:  Amber of One Shabby Chick has a great tutorial.  I lined the largest one with some interfaced Kona.  It added a much-needed sturdiness. 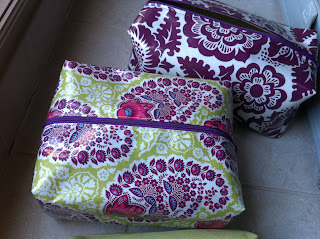 Dumplings:  Keyka Lou.  These are awesome and fun to make. 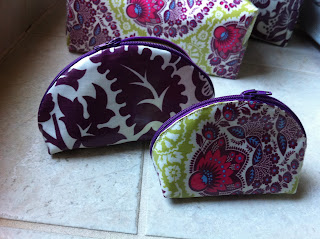 Slouchy makeup bag:  This one kicked my ass.  You can tell it went haywire because the lining is on the outside... 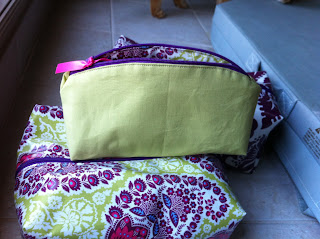 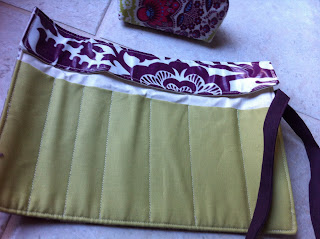 She also got one of the ubiquitous Anna Maria Horner scarves... I made this one in voile about 12"wide by 70"long.  I made a couple in green for friends. 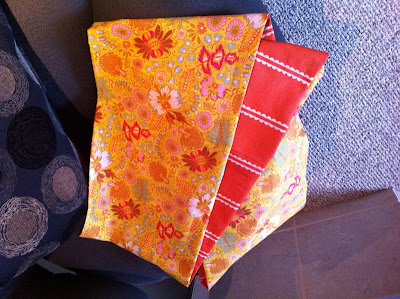 And finally, in the "saw-it-need-to-make-it" department, some pillow fight weapons for my brother-in-law.  I saw them on ManMadeDIY. 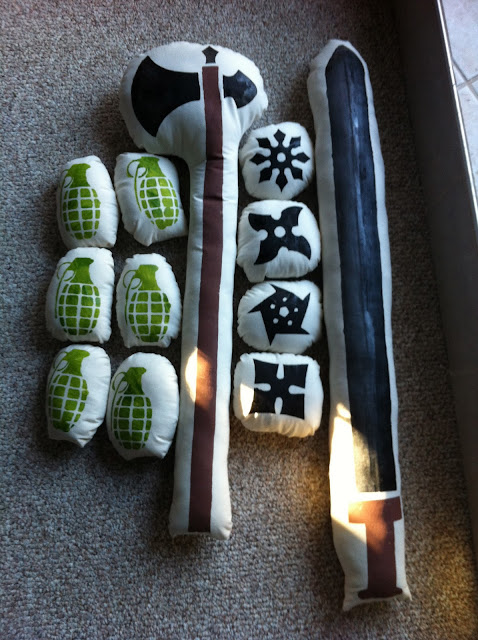 I thought they were so clever. As far as I can tell the artist doesn't have a pattern or store so I hope he doesn't mind that I made a set.

So I was a sewing maniac.  How I found time for three quilts during my internship, I don't know, but I suspect that I tend to sew as an unwind.  It doesn't require speaking or socializing, or analyzing whether someone's got the whole answer or missed the boat.  In sewing moments, my time is utterly my own.  Which is why I was so very excited about my Christmas present from Santa.

Happy New Year!  I'll be catching up with you soon.
Posted by CitricSugar at 6:18 PM 9 comments: 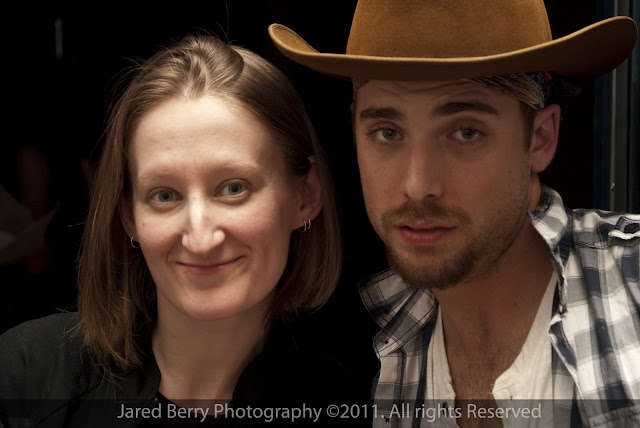 Thank you for the other night.  You were fantastic!

I've done improv comedy for about 14 years now.  Our troupe, The Saskatoon Soaps, has been an institution here since 1984.  We perform monthly at the Broadway Theatre in town.  Every Christmas, we join forces with the Tree of Plenty campaign to raise food and funds for the food bank.

This year, we had celebrity guests.  Kim Coates (Sons of Anarchy)and Michael Eklund (Intelligence) grew up here.  They're homegrown and were back in town filming Ferocious.  Kim knows the original cast of the Soaps from back in the day (some of whom still do our show) and a few of the "new" ones.  They'd been back and forth for a couple years trying to find a way to get him onstage with us.  Since he was in town, he happily lent his talents to our show.  AND he brought with him Michael.  Then they roped in most of Ferocious, too.  So we had Amanda Crew (Charlie St. Cloud), Katie Boland (Terminal City), and Dustin Milligan, who made me laugh so hard in Extract, my sides hurt. Apparently, he did 90210, too, but to me he'll always be Dead Corbett.  These folks have appeared in so many things I've enjoyed, it was a treat to work with them. 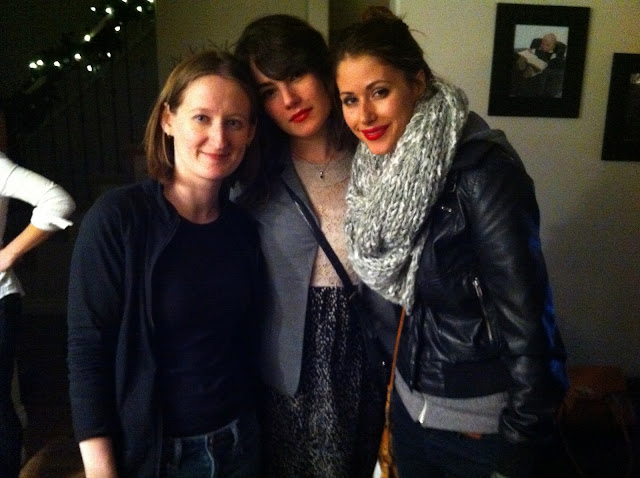 I cannot thank them enough for lending their time and talents to a sold-out show and helping us raise a ton of money for the food bank.  Not only were they great to goof off with onstage, they were also genuinely great human beings backstage and after the show.  Kim was literally the last person out of the theatre that night staying to sign autographs and pose for pictures with the audience.

Good luck with the film, gang!
Posted by CitricSugar at 7:56 PM 4 comments:

My father is notoriously hard to buy for.  He always says he doesn't need anything.  This makes Christmas challenging.  Even more so, his birthday is the 8th of December. ( My sister's is the 6th.  Mother's -  the 10th of January.  Nephew - the 5th of January.  Crazy family and their winter birthdays....)  I have a hard time coming up with ideas for things he'd actually like and use. I have to admit, though, the potato pellet gun was a hoot.  The victims rest of the family still haven't forgiven me for that one.

Father travels a lot.  So I made him these trays. 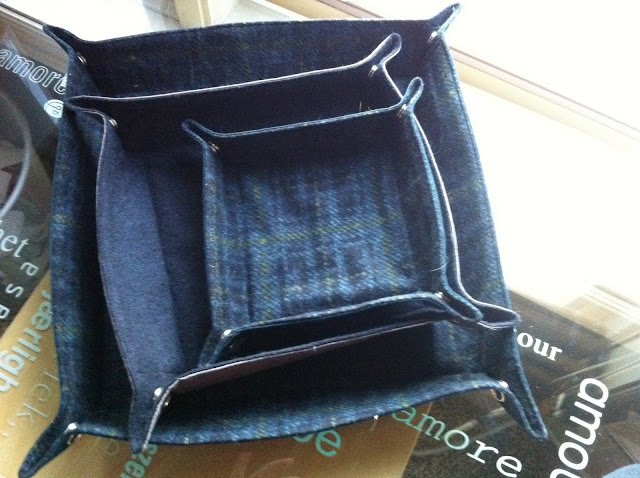 They hold your change, your keycard, your wallet, your phone, etc., on the hotel dresser so you don't lose anything.  And since they have snaps, they collapse to pack flat in your suitcase. 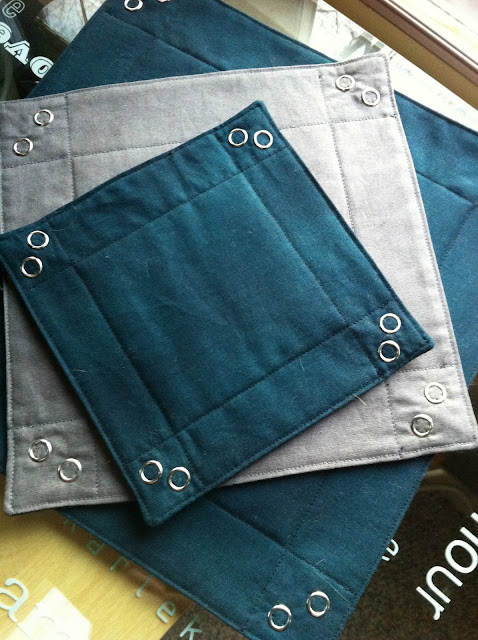 I bookmarked a tutorial on similar trays, planning to read it later when I had time, and then couldn't find it when I went to make them.  So I made it up as I went along.  I added some batting so that they were softer in the bottom so if he dumped his phone in there, it would be somewhat protected.  I also chose flannel to line them so they wouldn't scratch anything. 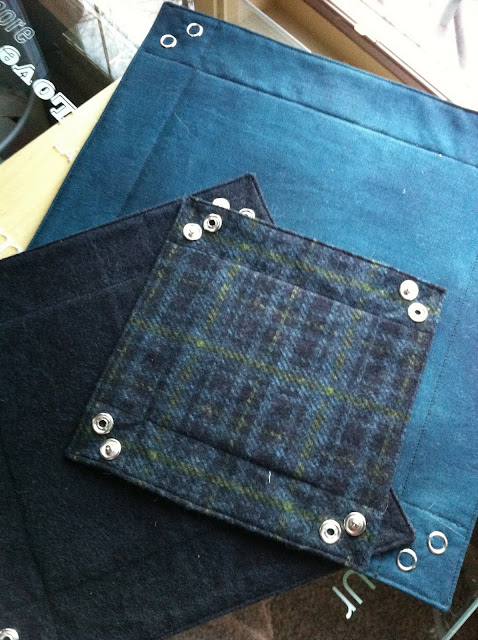 To position the batting so it wouldn't shift, I cut it to finished size of the bottom and drew lines in the centre of some fusible interfacing cut to the size of my finished tray plus 1/4" seam allowance.  I centred the batting in the squares I drew on the interfacing and fused it to the flannel.  Then I cut around the interfacing to get my inside pieces and cut same size pieces from my quilting cotton for the outsides.

He loves them.  He has one in Toronto right now.  He may also have gone to Leafs game last night. I'm terribly jealous.  :-)

I also have some incredible thank-yous to give out for something cool that happened at Soaps last Friday night but I'm hoping to get a copy of a picture first...  Stay tuned.
Posted by CitricSugar at 10:34 PM 4 comments:

Doorjamb vs nose.  Doorjamb will take the title every time.   I was putting my bag away in my bedroom without actually entering the bedroom, in that old-fashioned way:  you know, hand on the jamb, lean in with one foot firmly planted and the other slightly off the hall floor.  Motion catches my eye, lean forward to say hi to the now-awake cat, and set bag down.  Go to put my foot back down and exit. Instead, slip.  Face goes crashing towards jamb. WHACK! 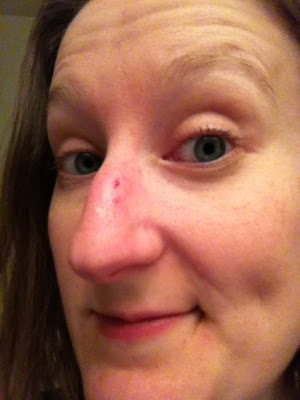 Not broken!  But bruised.  Made for a great and scabby story to tell to my students the next day.  Of course, you're always going to have the full attention of teenagers when you start a class with, "Who wants to hear how I almost broke my nose yesterday?" 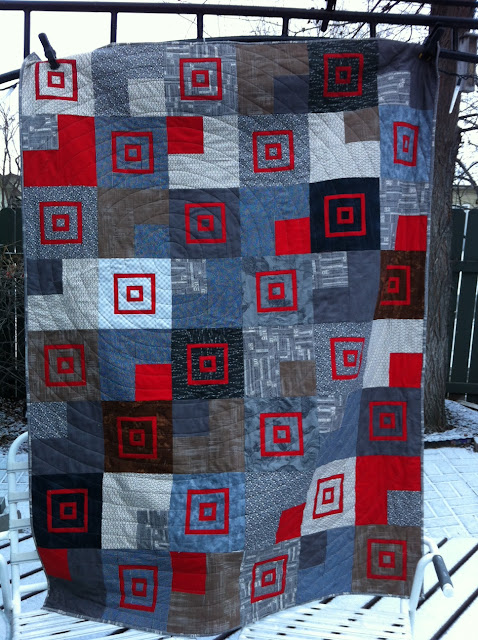 I call this lap quilt for my father Square Dance, though I was tempted, albeit briefly, to call it Lap Square Dance. (heehee) Thought he'd find it funnier...  Nothing like an inappropriate joke to get you through the tediousness that is basting a quilt! 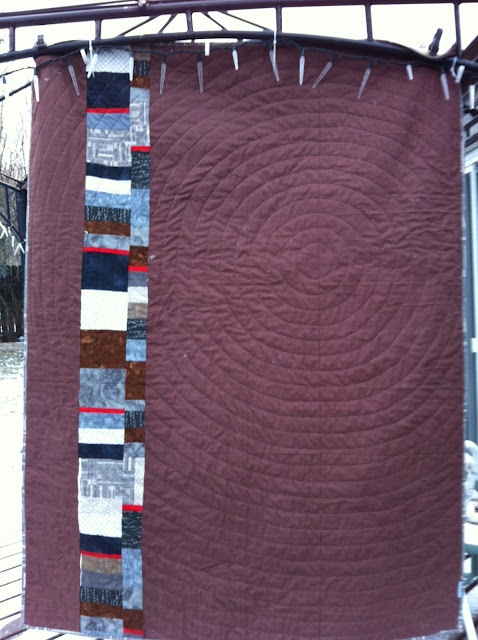 Quilted with circles, since I've decided I really like the look, and to break up the insanity of squares within squares.  Made mostly with Moda with some Hometown by Sweetwater, some red Kona, and backed with some brown Essex linen.  Approx 56" x 74". 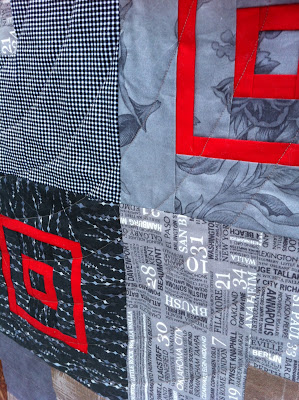 All that fussing with the paper and super tiny strips - the red squares are 1/2" wide - was worth the effort as I don't think my piecing has ever been so precise.  You'll have to forgive the ugly clamps holding it up. I had a limited stealth-photo window and had to make do without assistance of any kind.  Where are Santa's speedy little helpers when you need them?
Posted by CitricSugar at 4:07 PM 6 comments: