Aha!  A week has fled by and completely unbeknownst to me.

Well, almost.  I am, please hold your disbelief for a moment, yet again recovering from a cold. Say what??  Yes, that's three nasty colds in as many months.  Yes, I'm taking my vitamins, eating right, and getting enough sleep.  Yes, I'm aunt to a toddler who is building an immune system and a substitute teacher who gets the majority of her assignments covering for teachers who have been stricken by illness in various classrooms all over the city. I figure, by the end of 2013, I'll be immune to everything! Mwahaha! [Rubs hands together.] [With Purell.]

Anyways, I have stopped coughing intensely (sorry to the Saskatoon Modern Quilt Guild ladies who endured the very onset of my coughing during our meeting this weekend.... Yikes!) and can return to blogging without fear that a bronchial spasm will cause premature publication.

Here is second half of the gifts I made this Christmas. 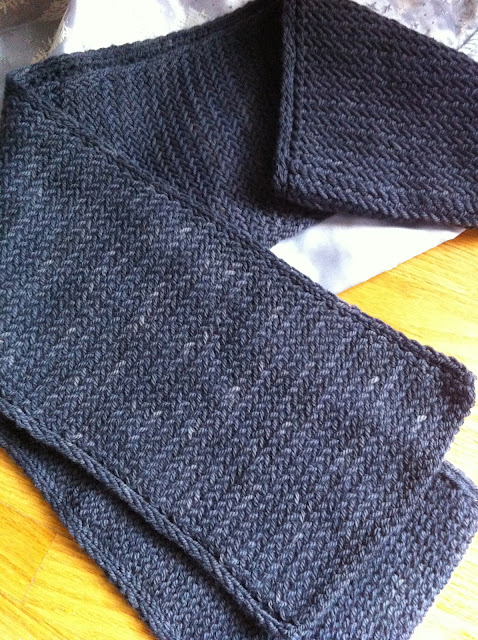 A scarf for my dad using this pattern from The Purl Bee.  I splurged for the specified yarn and was very glad I did so - it's soft, knit beautifully! and is as warm as it looks.  It even held up to six different starts without separating into raggedly plies on me.  (The pattern isn't at all difficult but it took me a while to a) cast-on the correct number of stitches and b) read properly. Once I managed to do both those things at the same time, it was quick and smooth sailing.)  One thing to mention is that because the yarn is naturally hand-dyed, it turned my hands all sorts of black.  Luckily, it washed off easily but I made sure to soak the finished scarf in a vinegar bath before blocking to try and set the colour.  Dad has been warned not to wear it with a white shirt for the foreseeable future.  Luckily, he wears a lot of dark colours. 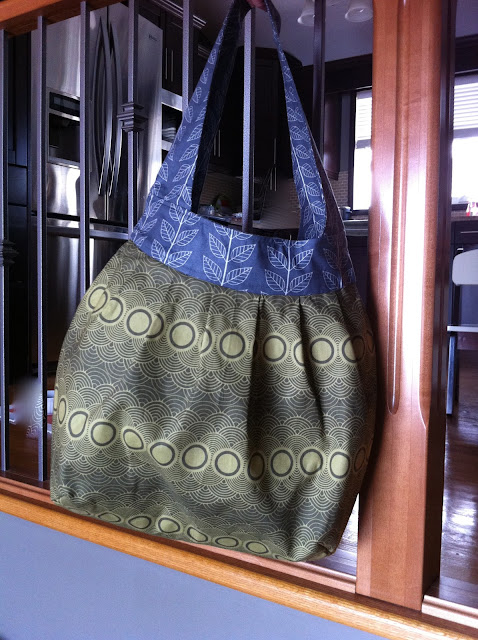 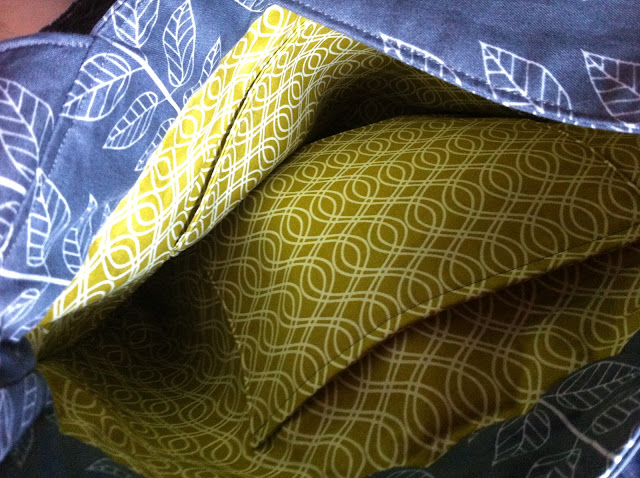 Mum requested a bag for taking on vacation. She wanted something that would hold a little bit of shopping and could double as a beach-taking bag - something that wouldn't show too much dirt.  She also was pretty specific about the pattern, too,  so I used Amy Butler's Birdie Sling.  I followed the instructions to the letter and took my time with it so I'm very happy with how it turned out.  However, I think I'm now addicted to the good-quality interfacing.  Yep, can't go back to the 99cent/yard crappy non-woven fusibles now...  Stupid Amy Butler, raising my expectations of everyday sewing notions! (Ok, I'm not really mad, but it does change my sewing budget.) 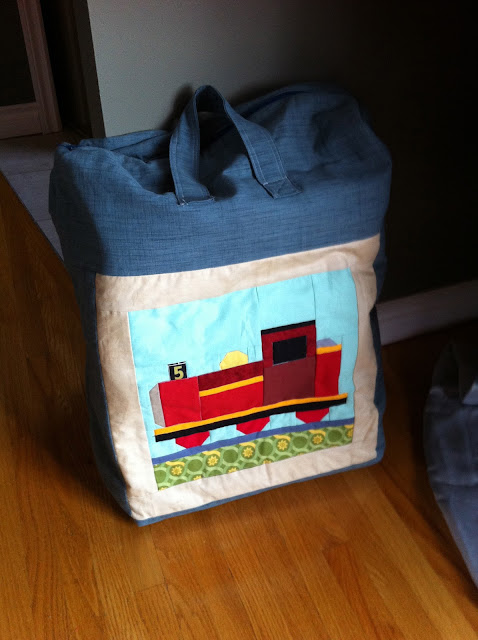 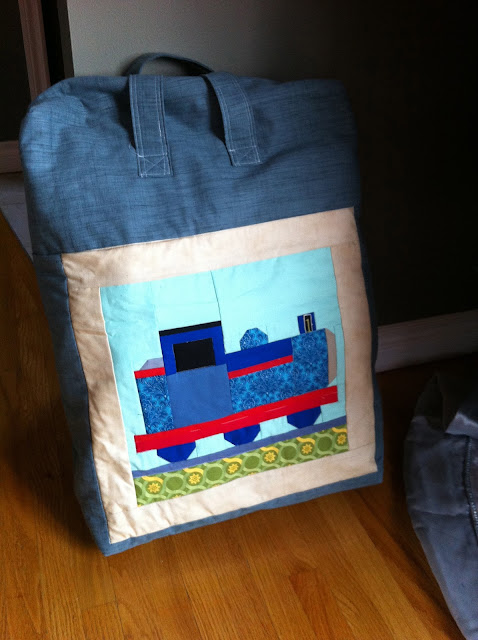 And since a certain auntie gave a certain nephew a train set, she also felt he should have a bag to put all his train pieces in.  I found a paper-piecing pattern on Etsy and then built the panels into a box bag using some fabric from my stash.  It was a last-minute project, but took the better part of a day since I had to take a simple idea and tweak it until it was no longer simple...  It's not the best sewing job but it has the choo-choos required and, perspective, the recipient is 2.  He's happy, I'm happy.

So that's the rest of my Christmas makes.  I have been doing some other sewing but that will come later.  I've rambled enough for one post!

Although..... if I squeak in one more ramble, I am overjoyed that the NHL lockout is finally over.  :D Seriously, I've been watching KHL highlights from Russia.  Still trying to decide how petulant a fan I'll be and for how long.  Mostly, I'm just scared that my beloved Leafs will trade for Luongo. If you've talked to me at all about hockey, then you already know that's my hockey nightmare....
Posted by CitricSugar at 9:51 PM