This post is a little behind schedule.  I meant to post about the projects I managed to not screw up during hockey games after the Cup was won (or lost, if you were cheering on the side I was) but then I had computer issues so I spent the last week re-downloading two seasons of Republic of Doyle* that were lost in the crash, cooking new things, finishing projects and visiting with extended family. 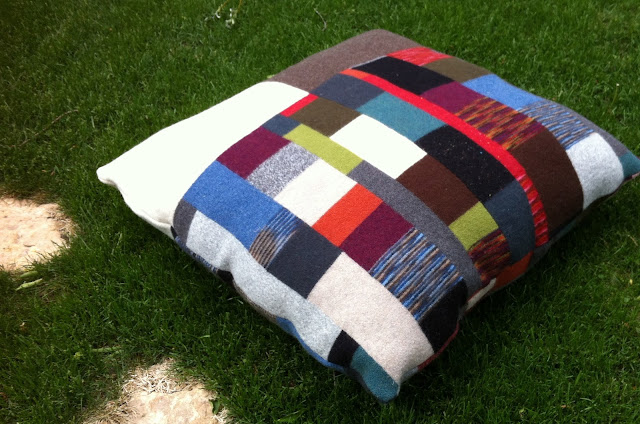 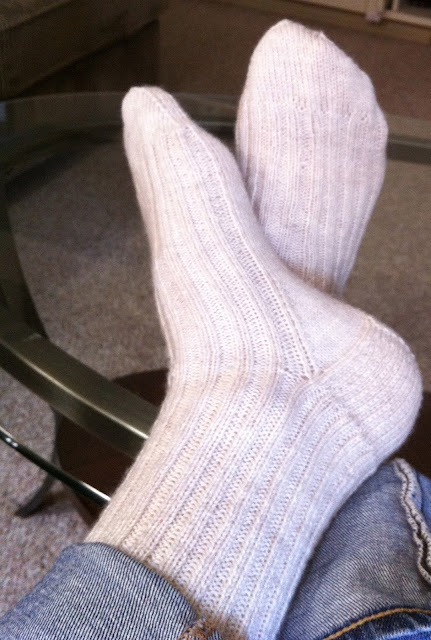 These two polished off the list of unfinished projects I'd given myself until the end of June to complete.  Done and dusted!

Started during the run:
3)Seagrass socks 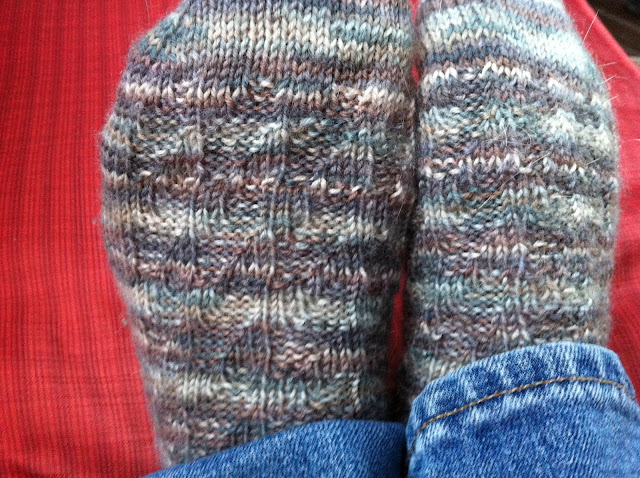 I cast these on and then noticed that they seemed a little small in the toe.  Read the pattern a little closer and it turned out that the Small & Large sizes where for children.  I picked the pattern out of a book I had on toe-up socks (here) and didn't even realize that this one was kids' only. I was knitting small child socks.  I shrugged and took them back a bit so that they were the large size instead.  Figured if they didn't fit, I'd give them away.  Luckily, the large was large enough for my size 7s. Finished during great and constant rains.

4) Guernsey-style sweater for nephew.  In the great re-organizing rampage I went on this spring, I found six balls of Baby Cashmerino.  Perfect.
It's finished now but that's another post. 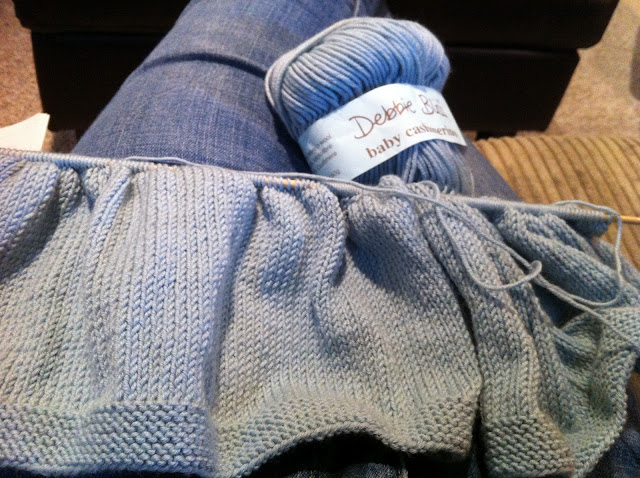 Well, I've got some reading to do.  I'm waiting desperately to discover whether my Leafs are going to pick up an albatross to mind the net next season.... There will be tears if it happens. We're talking ugly cry.

* For those who don't get CBC, Republic of Doyle is a Canadian series about a family of private detectives set in Newfoundland.  It's a little like Magnum P.I. but instead of Hawaii, hibiscus, and helicopters, you get the Rock, fish'n'chips and a GTO, not to mention the great regional accent. It's got a dry, quirky sense of humour and can be a tad silly on occasion but it's wonderfully (painfully) Canadian.  It doesn't take itself too seriously and requires a sincere suspension of your disbelief at times but I adore it.  Russell Crowe guest stars in the Season 3 premiere. True story.  It's the kind of bizarre thing that happens in Canada...
Posted by CitricSugar at 4:11 PM